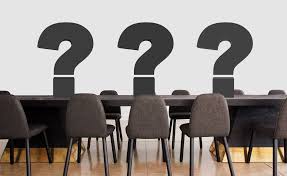 There’s been a massive hype on diversity and inclusion worldwide and Africa has had her own fair share. Women are a whooping half of Africa’s population but it is pathetic to note that women make up less than a fifth of corporate board memberships.

A 2015 research conducted by the African Development Bank on 307 of the largest companies in Africa discovered that women only accounted for 14% of total board membership and a revealing one third of these organisations have no female representation on their boards! Male domination of boardrooms has been a persistent and permanent part of business history, but this can change.

Inclusive growth cannot become a reality if there is no inclusion on the boards where decisions happen! Business and national decisions are highly driven by boards which historically and culturally constituted men. Especially in regions like Africa where patriarchy eats so deep into our societal fibre, this retrogressive practice is even promoted by societal norms where women are often prohibited from leading. It has become unconscious. Also being a highly religious continent, there are practices in the 21st century which are deeply rooted in (biased) interpretation of religion and religious tenets. This has a high tendency to stall the progress of African women in the corporate space. At this point, it is highly critical to create role models and amplify their work. The appointment of Madam Ngozi Okonjo-Iweala to the board of Twitter comes as a breath of fresh air. She is one of three women on Twitter’s board of 10.

The essence of diversity in boardrooms is this – the board is exposed to a wide range of perspectives and which ultimately influences board decisions. It is too common in Africa, to see a panel discussing women’s issues, products, services targeted at women, etc with only men engaged in discussion – a manel. A lack of diversity amounts to missed opportunities, leadership styles, and insights which ultimately will impact delivery, decision-making and financial performance.

Corporate boards are the Magna Carta of the decision-making hierarchy in private sector and even governments. Company or institution boards are essential for three key reasons – appoint/recruit CEOs, direct the overall strategy/vision, and the establishment of a policy-based governance system. These are 3 critical areas that require the contribution of women. For instance, good corporate governance is a policy decision that is made at the board level and therefore it is essential to have a fair representation of women on boards to ensure that policies work for women too! ‘Who controls the message/decision controls that world’. Although some progress has been made in this regard, it has been overwhelmingly slow. The only way to ensure full participation of women in boards is for a drastic policy change to happen across the board.

It is common knowledge that the progress of many women in the corporate Africa is stalled at management levels. This stems from unconscious bias which forces businesses to think that women are incapable of board roles. A boardroom dominated by men is a boardroom serving men (directly or indirectly). This has contributed rather negatively to the economic and social empowerment of women. Strategy is approved in the boardroom. African women need to be in boardrooms, be heard and make decision for and on behalf of us. Women on boards provide a solid business case both from a talent/human resource perspective and also from a sales/market perspective. New perspectives means greater competitive advantage. Lesser women on boards means that there is the tendency for a wider pay gap because but there’s advocacy for ‘equal pay for equal work’

Truly, attaining gender parity in the boardroom requires targeted proactiveness of women and corporations. Change takes time, and great change takes more time. Private sector needs to develop a sense of urgency when it comes gender balance on boards. Institutions must realize the importance of having a diverse board. Business leaders need to be intentional. Organizations can start by actively cultivating a pipeline of groomed female candidates or adopt progressive quotas for female representation on their boards and a known system for appointment. Business leaders must also consciously work to create a workplace culture that encourages more women up the corporate ladder. When more women are empowered for C-suite roles, more women have the opportunity to be appointed/voted board members.

To be boardroom ready, women need to develop their value proposition. Women who aspire board roles need to be resolute about what they are currently doing and how they are driving themselves to that vision. Consistent self-assessment of skills and capabilities in relation to aspirations is crucial. One reason companies have given in the past for relegating females is the notion that there are no qualified females. Although his has come under very tough scrutiny in the last decade, more women need to ensure that they are building capacity for these roles. Since board roles focus primarily on strategy, it is essential for women to define and develop expertise in various fields even while they remain in executive roles (which usually are for leadership abilities). Aligning aspirations with one’s own passions and interest is known to be a great boost for development in this area. While ready and waiting, it pays a great deal to network and make known your intentions.

Mentoring is a great start for women aspiring to board roles. Women and men on boards should endeavour to mentor other women into leadership roles on boards and this is useful for empowering women to believe in their own potential. Mentoring has proven to be a great tool for building networks and professional development. Career-focused African women can take advantage of mentoring opportunities to fully acquire both soft and technical skills.

In essence, women are capable of driving/leading and must be present at the table of critical decision-making.