Perhaps one of the most interesting things to observe, as a womyn who has constantly had to battle with and teach misogynists online is the reaction of men when they are called out by fellow men vis-a-vis when they are called out by me, or any other womyn. This observation, and conversations around unpacking what this means has led us here. Contrary to what might have been sold to you, thoughts and prayers do not trump hate, do not fix injustice and will not be the reason we achieve world peace. It will take work – and a lot of it. This is why today; I am writing on what it means to be an ally. Gather around folks, and let’s begin.

Allyship is a title many claim but few are actually willing to do the mundane work that comes with it. While many of us are able to appreciate that injustice exists, we are still unwilling to appreciate how this injustice manifests in systems and even more, admit that we’re all part of the system that upholds the continuum of different types of oppression. The result is that we have watered down radical notions like “allyship” to mere buzzwords we use to garner life points and lessen the guilt we might have felt. We are all a product of the same society and as such have internalized and are still living with many learned biases. However, acknowledging and critiquing this, recognizing why you think the things you think, and by extension working on unlearning them is a necessary step we, who claim to be interested in writing the unjust and oppressive wrongs must take. 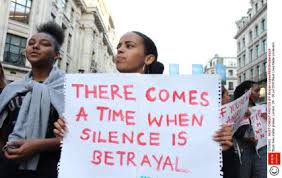 Basic Allyship 101 dictates that it’s up to the members of a dominant group to educate people of similar backgrounds. This is why it is always disappointing to see for example men who claim to be allies silent when conversations of sexual harassment, accountability, and etc. come up. The same applies to my hetro-comrades who choose to look away when it’s time to speak up and be heard when it comes to tackling homophobia.  It serves none, least of all those who claim to ally with to remain silent when they are screaming themselves hoarse to remain alive. The duty you have as an ally, is to hold your mates accountable and call them to order.

Yes, talking about discrimination and confronting your role in it can be uncomfortable but pretending it doesn’t exist, is (a) not smart, and (b) not allyship. For example, insisting that we live in a “world where feminism is now unnecessary”, taking the “I don’t see colour”, approach or the, “why is pride even necessary” brigade while ignoring the systemic and institutionalized nature of oppression that that exists instead of addressing it is not the solution any of us want. Saying things like that, which erase the experiences of people who constantly have to live with discrimination is a clear failure on the part of anyone who claims to be an ally. Allying yourself with a group means that you fully acknowledging that the problems that group experiences exist instead of “looking past” them. 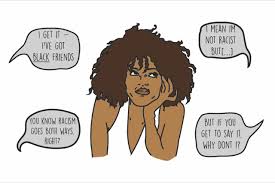 Expecting marginalized people to educate you isn’t being an ally, it’s being lazy and frankly asking for too much. Instead, actively doing your part and learning more about the different manifestations of inequalities that certain people face on a daily basis would be more productive. Given the endless resources available, and the amount of time and energy some of us spend writing and teaching in various ways, there are clearly many ways that we can learn more about a large number of issues from transphobia to why reverse racism is not a real thing without adding an extra burden to the oppressed. While it is important to hear how people have personally been affected by injustice, remember you are not entitled to being taught by anyone you don’t pay to do so.

And finally folks, on this 101 lesson, remember allyship is a verb so words alone won’t cut it. We need to see you actively doing something, continuously. 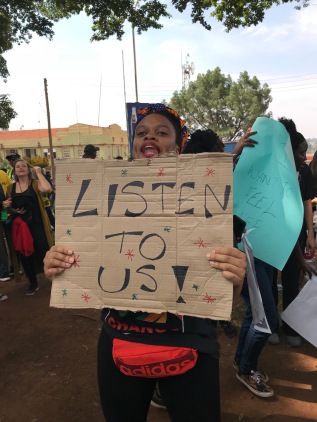