Sisterhood is powerful, I say this everyday, Bell Hooks says this, Audre Lorde said this, Sylvia Tamale says this, any feminist you know has said and continues to say this. Ever since womyn began to organize against patriarchy and other forms of oppression by men, we have recognized that our best bet for community, love, survival is other womyn, who see us and want to get free with us. We have therefore invested time and energy and thought into learning to love each other and live together as feminist sisters. But how do we love those womyn who choose to ally with patriarchy against us? Those womyn who are still imprisoned in the system that requires that they seek male approval and often the best way to get that approval is to bash other womyn. How do we sister these Patriarchy Princesses??

I’ve been feministing online since 2011 or thereabouts and of-late one of my favourite things is to get online and troll patriarchy princesses. In fact, I have composed a patriarchy princess troll right now based on Jay Z trolling young rappers for holding money to their ears on Instagram…“You’re getting props from men and throwing hands in the air, there’s a disconnect we don’t call those props over here”.

Where are the props sis?

Anyway, I have seen many patriarchy princesses come and grow. Some of them now call themselves feminists and are actively speaking out against misogyny online, and trying to form connections with me and other feminists. When this started happening a few years ago, I did not know how to react given that a lot of these people spent time being extremely misogynistic, homophobic and vile towards me. Some former patriarchy princesses showed up and demanded for my friendship because they are now “one of us” ignoring all the pain they caused me when they personally insulted me or ganged up against me for cool girl points from un-lotioned little boys on twitter. These are the womyn of the “feminists are a clique” fame, the “I want to be a feminist but they are an exclusive club”…no sis, its cause you spent a lot of time hurting those womyn with your ignorance and thirst to be picked and now want all that to be ignored because you suddenly “saw the light,” Get Real!  You cannot demand that they now invite you into the safe spaces they created to protect themselves from people like you in the first place.

For these ones, my answer, was and still is an emphatic no. If your response to growth is to attack those at whose expense you grew for not wanting to relate with you, then you still have a lot more growing to do. Accountability is key to sisterhood, and where you cause people pain and are interested in fixing that, some attempt to make amends is necessary.

Then there are those who don’t resort to insults but still try to guilt you and question your feminism if you choose not to let them into your personal space,” what kind of feminist are you? I’m trying to make amends, accept me”

Just because we are feminists in public does not mean that we are here to be used and abused by you. Feminists are human beings navigating the daily vagaries of life just like you. We do not exist for your consumption and growth, and we get to choose the people we want to grow with. Also, please hurry up to the part in your feminist journey where you learn about and start to practice consent culture and respecting people’s agency. You cannot force your way into people’s lives and spaces and it’s silly and un-feminist to try. Create your community of feminists and love and grow other womyn the way we have done for you despite your abuse. Your feminism does not have to be tied to personal relationships with particular people.

Feminism has shown womyn that we can pick and choose who we care for, our care is no longer available to those who use and abuse us. Better yet, pay it forward. I choose to love most reformed patriarchy princesses from a safe distance, not because I don’t acknowledge their growth, but because I don’t have the emotional range to form close bonds with people who once tried to annihilate me for praise from men or for sport.

Finally, there are those who are still actively opposed to feminism and feminists. These are in a different category all together and whatever reasons they claim for doing what they do, the truth is that they are still suffering under the yoke of patriarchy. They continue to attack feminists and perpetuate the sexist and misogynistic nonsense that oppresses us all every day. How do we interact with/ confront these womyn because we have to. We cannot dismiss them as misguided sisters or lump them in with men.  I am reminded of Bell Hooks and Cornel West’s insistence that critique is a form of love…it is an expression of interest in someone’s growth and this is why I refer to engagements with these womyn, even if only to call out their participation in the oppression of womyn,  as loving them.  My recommendation for this, if you’re the feminist who still has energy to deal with these womyn, is be careful of the master’s tools. We are all at different stages in our living of feminism, but the one thing we are all very familiar with are the tools that the patriarchy uses to bludgeon us, and it is so easy to use these same tools to flog each other. Often when confronted by another womyn’s ignorance or attempts to hurt us, we default to the tools we have been handed to use in fights against womyn, which are for the most part misogynistic and dehumanizing. “She’s even ugly”, “she does sex work”, “look at how she dresses”, “somebody should rape her since she’s out here advocating for us to be raped”… NO, NO, NO. Let me share this beautiful quote by Audre Lorde which I have been going back to every time I think about confronting patriarchy princesses:

“Those of us who stand outside the circle of this society’s definition of acceptable women; those of us who have been forged in the crucibles of difference—those of us who are poor, who are lesbians, who are Black, who are older—know that survival is not an academic skill. It is learning how to stand alone, unpopular and sometimes reviled, and how to make common cause with those others identified as outside the structures in order to define and seek a world in which we can all flourish. It is learning how to take our differences and make them strengths. For the master’s tools will never dismantle the master’s house. They may allow us temporarily to beat him at his own game, but they will never enable us to bring about genuine change. And this fact is only threatening to those women who still define the master’s house as their only source of support.”

Think about those words for a bit. Of course patriarchy princesses still define the master’s house as their only source of support, which is exactly why they are willing to act against their own best interests to get the crumbs that the patriarchy offers to womyn who continue to serve men’s interests. So, how do we who know better, confront misguided womyn without using the same tools that have and will continue to be used against us every day?  I’m not saying that we should hold hands with patriarchy princesses and sing kumbaya, I’m saying we should start deliberately divesting ourselves of the tactics of fighting/ confrontation that only help us decapitate each other. 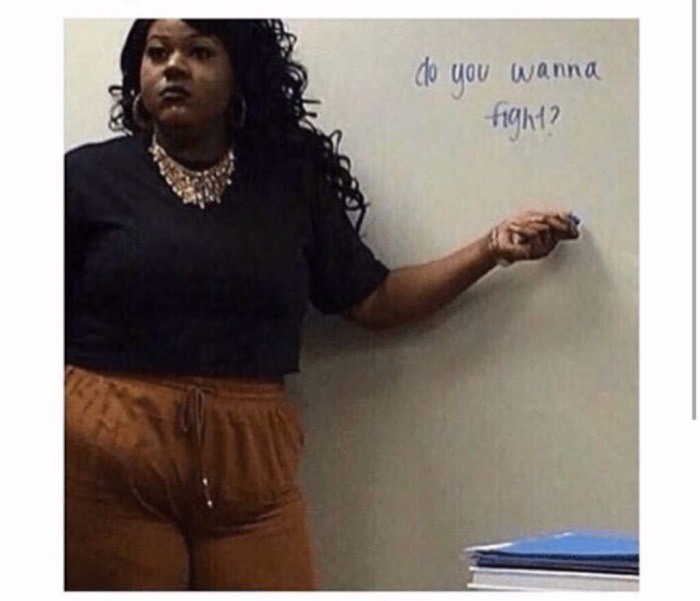 We don’t have to associate with patriarchy princesses, but we cannot participate in patriarchal nonsense in a bid to hurt them. So, how do we fight as feminists? knowing we do not have the luxury of confronting patriarchy princesses in ways that dehumanize them and therefore reify our own oppression as womyn. I do not have the answers to all the questions of how we can or should do this but I try to engage where I can and when I cannot do it in a non- oppressive way, I would rather ignore them altogether. So sisters, the point of all this has been to finally repeat the question, how do we love patriarchy princesses?