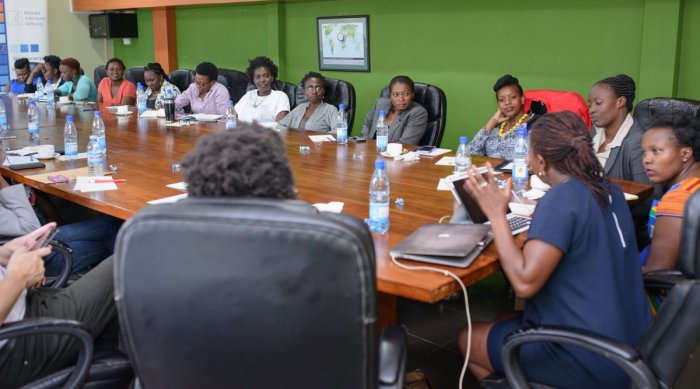 It’s not news that Uganda has a female-dominated population. In fact, the latest population census of 2014, puts the population of women in the country at 51%.

It’s also not news that over the years, women in Uganda have worked hard to climb economic, social and political ladders; they are farmers, civil servants, boda boda (motorbike) riders and taxi owners; some are bankers, chief executives of companies, judges or Members of Parliament. Some operate mobile money kiosks, while others are house helps, mothers and police officers. A lot of women make decisions in this country, but they are also affected by decisions made.

Despite this diversity in roles and advantage in number, the media often tells a different story. It’s common to read a newspaper story that has 100% male sources. In fact, findings from the ACME research project – Monitoring Media Coverage of the 2016 Elections – show that between September 2015 and May 2016, less than 20% of women were quoted as sources by the media in election stories.

If you tune in randomly to any radio or TV political talk show, chances are high that you’ll meet an all-male panel. The inclusion of one woman in a five-member panel is often regarded as a sufficient achievement. In national newspapers, issues concerning women are relegated to women magazines that are published once a week and even then, the issues are restricted to childcare, relationships and fashion. A journalist will ask a male MP for his views on a new legislation, while his female counterpart will be asked how she balances marriage and politics, or why her marriage collapsed.

According to the Global Media Monitoring Report, 2015,  only 28% of Ugandan women were news subjects that year, and even then, their views were least sought on topics considered “serious” such as politics, governance and economy. In cases where women were quoted as sources, they featured as victims or survivors, while those directly quoted were just 15%. It’s therefore possible that even when a story is about women, it’s not a must that their views will be sought.

Besides the few voices of women in the media, their portrayal is also often negative, stereotypical and sexualized. A newspaper that runs a story with a photo captioned, “yummy babes drugged at boat cruise, bonked senseless”, will elicit excitement rather than anger or condemnation, while a national newspaper will publish an article in which a counsellor tells a woman whose husband impregnated a 15-year-old to “make efforts to work on the issues that could have led your husband to cheat on you, work on your self-esteem, as well as his”.

While media portrayal of women is largely skewed, we also recognize that the media plays a crucial role in shaping opinion and influencing social change. This explains why it is important that the media make a deliberate effort to be gender aware and to screen every story for gender-insensitive reporting.

While we continue pushing the media on gender-sensitive reporting, creating alternative platforms for conversations on gendered reporting is crucial. Through these platforms, women, including those working in the media, can converge and converse about various issues.

Read more at African Centre for Media Excellence (ACME) where the original post was published.