In a short few days, Addis Ababa will be host to the United Nations Third International Conference on Financing for Development (FfD), to be held from July 13-16, 2015. For Addis Ababans like myself who find themselves on a daily basis within the vicinity of the UN Economic Commission for Africa (UNECA), the hustle and bustle in preparation for FfD is a constant source of curiosity. I imagine that curiosity will only escalate over the next week when the 5,000 plus conference and side event participants flood the capital.

In addition to the main conference, some 200 side events have also been organized with many high-level political representatives, Heads of State and Government, Finance & Foreign Ministers, representatives of civil society and business sectors expected to take part in the discussions that will result “in an intergovernmentally negotiated and agreed outcome, which should constitute an important contribution to and support the implementation of the post-2015 development agenda.”

While promoting gender equality and empowering women was one of the core themes and third MDG goals that has recorded some results, inequalities and specifically gender inequalities remain pronounced and women remain predominantly affected by extreme poverty and its effects. The SDGs aim to serve as the bridge transitioning millions out of extreme poverty and “leaving no one behind” as they are saying in UN parlance. Many governments have also been successful in ensuring that the post-2015 agenda highlights gender equality as a priority. However, sexy catch phrases and politically correct declarations do not often suffice when it comes to implementation. That’s where the financing aspect becomes glaringly apparent and all too important. Any development worker focused on gender equality work knows all too well where budget cuts often land when projects suffer financial shortages. Hence, why it’s important for feminists and gender equality advocates to pay close attention to how the FfD3 negotiations are unravelling.

Many global women’s rights and feminist organizations have been at the forefront of ensuring that the financing negotiations pay heed to gender equality concerns. 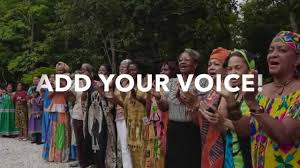 Some notable arguments as below:

The structure of the global economy will determine the flow of finance and consequently the success or failure of the FfD process and realisation of the SDGs. Many of the world’s women are at the bottom of the current economic model, which relies heavily on the exploitation of their labour and their unpaid care work.6 A new agreement in Addis Ababa is vital to pave the way for a fully inclusive and just global economic system with women’s rights at the centre. ~ Gender & Development Network

Gender equality is a basic human right, a fundamental value and social justice issue. We reject the approach of reducing women to a business case, as if to say with no economic gain there would be no need to realize gender equality, women’s empowerment and women’s rights. Achieving the full realization of women’s and all people’s human rights must be an end in itself, not an instrument to improve profitability and competitiveness of businesses. ~ Association for Women’s Rights in Development (AWID)

We also reflect on the need to ensure adequate financial allocation for the implementation of the SDGs to further the realization of gender equality and the rights and empowerment of women and girls which require not only fiscal resources but political will and a shift in norms and values that ensure the systemic conditions that keep women and girls subjugated. ~ FEMNET

We cannot talk about the financial inclusion of women without dealing, at the same time, with the re-regulation of the financial sector and the need to orient it towards ethical investments, in sustainable and productive activities that promote long-term development. It is also impossible to promote the financial inclusion of women as an economic empowerment strategy without dealing with the structural challenges of labor markets in terms of occupational segregation, labor gaps based on gender, job quality, and social (and unequal) organization of care. ~ Development Alternatives with Women for a New Era (DAWN).

FfD3 must ensure that any private sector or public-private partnership (PPP) project has accountability mechanisms in compliance with human rights standards and norms, including environmental and social safeguards. Agreed timelines for reporting and evaluation must be agreed ex-ante and with full participation of the affected communities, including women and girls, indigenous communities and people facing structural discrimination. ~ AWID

At the forefront of advocating for the advancement of gender equality, women’s empowerment and human rights in the FfD processes is the Women Working Group on Financing for Development established in 2007. In the context of FfD, the Women Working Group will be serving the role of “bringing a feminist and women’s rights perspective to the discussions and deliberations ahead of the III International Conference on FfD.” To this effect a Women’s Forum is set to take place on July 10, 2015 with objective of:

– sharing information on the latest state of play in the FfD negotiations;
– discussing and jointly analyzing the FfD panorama and follow-up;
– building a common women’s rights positioning, and
– strategizing on how to meaningfully and substantively engage from a feminist perspective at the Addis FfD Conference.

The stakes at FfD are high for many. They are even higher for women and girls who face the many hands of inequity and inequality. And the more women and feminists are engaged and included in macroeconomic discussions, the likely the concerns of women and girls will be addressed.

Here below are FfD 3 side events solely focusing on gender equality that are taking place from the 13th to the 16th:

Investing in every woman, child and adolescent to survive and thrive by 2030: An Every Woman Every Child High-Level Event with the launch of the Global Financing Facility Hosted by the UN Secretary-General, Ban Ki-moon

The Addis Ababa Accord: Making it Meaningful for Women and Girls

Financing for Gender Equality: Placing Women at the Center of the SDGs in Africa

Transformative Financing for Gender Equality and Women’s Empowerment: Catalyzing Action on the Addis Ababa Accord