She came from a loving family. She went to a good school. Twice a week her evenings after school were filled with private tutoring in the comfort and safety of her parent’s living room. Her tutor was a young man in his mid-twenties. He worked for one of the largest company’s in the country and held a good job. He was a smart young chap who complemented his monthly earning with work as a private tutor. The family next door recommended him after his tutoring services for their own daughter. For the most part he was a pretty good fellow and she liked him as her tutor.

One day though, things started to change. Or better yet, the way he viewed her began to change. His face would get slightly sweaty and red sitting on her left. His eyes held an uncomfortable gaze as he looks at her. He would sit a little closer to her and explain a mathematical equation and ask her to work through it as his hands lifted to brush away the hair from her face. His left hand would gingerly land on her right thigh every so often. Then the gesture will be replaced with another slow caress across her forehead to brush away her hair. He would repeatedly ask her if she understood the equation. But she couldn’t understand. Not because she did not have the capacity to, but because inside she was scared and confused by what was ensuing. The tutorial hour passes and he leaves. She is relieved. Perhaps when he comes next time, he will have come to his senses and the previous dynamic of tutor and student will be replaced with all the boundaries intact. 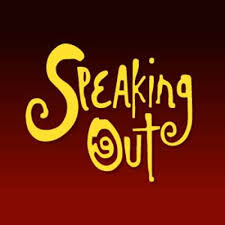 The subsequent sessions are fraught with anxiety for her as they bring more of the unwanted caresses. She wants to yell at him “leave me the heck alone” but she is a shy fourteen year-old and grew within a cultural context requiring politeness towards those older than her. He is a guest in the house. Perhaps she is imagining things. The math does not make sense anymore. The sessions leave her feeling violated and disrespected. And the thought of enduring more of such tutorials with indecent touches is unbearable. That evening she tells her mother that she does not want him back as a tutor. Her mom gently inquires why, but all she is told is “I’m not learning anything.” Her parents are the listening kind. They’ve always heard her. He is later told that his tutorial services are being discontinued and she never sees him again.

That “she” was me at fourteen. Had I not had the type of parents that listened without being dismissive, I’m not sure how that episode in my teens would have ended. For many years after, the experience vanished from memory till recently. In reflecting on why I did not paint the full picture for my parents then or for others, I imagine this was tied to not having the vocabulary for sharing. The taboos and silences our culture is plagued with also do not make it conducive for bringing up such issues and discussing constructively without judgment and ridicule. Additionally, in a highly religious society following an Abrahamic tradition where the female is charged as a “seductress” from birth, shame is ingrained early in the mind-set of women and girls. Ultimately, the fear of ridicule and culture of silence and taboos sweeps such episodes under the rug.

As Ethiopian women – young and old – we need to collectively overhaul the issues we deem taboo. That such experiences are silent does not mean they don’t exist. I am compelled to share my experience as a follow-up to my fellow feminist Sehin’s latest blog entry and her March 6th session in which she asked many women and men to reflect on how gender inequalities play out in our respective lives. During her session she asked, “why do inequalities continue to persist?” and I had responded, “because we allow them to”. Silence is often construed as approval even if that may not be the case. What I was referring to in my response is tied to how silenced or taboo topics become pillars of support for a continued disparity because no one is saying anything about it. And if no one is speaking of it, we are slowly socialized into accepting it as a given until it becomes part of the norm that we don’t even see it anymore.

In retrospect, my regret is that at fourteen, I was not equipped to challenge my tutor. I now know what I didn’t back then that confronting him would have put across the message that he was taking advantage of his privilege and hopefully make him aware of his hurtful behavior. While his unwanted advances were curbed quickly in my case, who knows where else and to what extent he took his actions. By instilling boldness and courage in our young girls and boys to speak up, we empower them to challenge threats they may encounter. And moving away from a taboo culture entails enabling spaces for such conversations to flourish without shaming and encouraging others to speak up where a culture of silence has prevailed before. A UN statistic indicates that “up to 7 in 10 women around the world experience physical and/or sexual violence at some point in their lifetime.” Look around you. You or your friend, your sister, your mother could be that 7 in 10. But we can only know and challenge when we “un-taboo” sharing of such experiences.

So what are your experiences of such silenced and taboo issues? Have you ever discussed such issues among your friends? Family members? If not, why not? If yes, what was your experience of sharing like?

9 thoughts on “Defying cultural taboos – conversations we must have.”