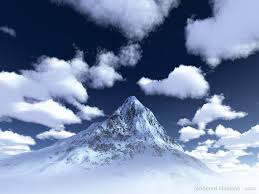 “I don’t think she was abducted or raped. The health report did not specify that she was a fresh virgin. No one wants to rape anyone who is not a virgin. Maybe they were just in love. This case has no evidence.”

It was 2001 and these were the offensive statements slurred by Judge Biyo Ukie, who was overseeing the case put forth against Aberew Jemma Negussie. Negussie was accused of abducting then 13-year old Woinshet Zebene Negash twice and raping her under captivity for two days on the first occasion and later for fifteen days until she managed to escape once again. Despite overwhelming evidence of his crime, Negussie was set free on bail by the judge, highlighting a huge hole in the legal system as it pertained to gender issues.

Negussie’s family followed and delivered their dose of physical abuse and forced Woinshet into signing a marriage consent, which was later on found illegitimate.

A bold and determined Woinshet refused to surrender to the fate of many other girls her age who are forced by rape into marriages they have no desire and are too young to be in. Also in an act of courage and against tradition, Woinshet’s father refused to succumb to the culture of his community and despite social taboos dared to take this case to court by seeking the assistance of the Ethiopian Women Lawyers Association. The accused was later sentenced to ten years in prison. But not before the Judge attempted to rectify the situation in his own way – by suggesting to Woinshet that she marry the man who abducted and raped her!

Until 2004 the Ethiopian Criminal Code made a provision that guarded male perpetrators from facing punishment of assault so long as they married the girls they abused. A provision that wreaked from the stench of patriarchy and an under estimation of female dignity, worth and rights in the eyes of the law. When in 2001 Judge Ukie presented the choice of marriage to Woinshet he was not only justifying her attacker’s actions but inadvertently making the claim that with her virginity not intact, her future prospects were limited. Woinshet disagreed!

Johann Hari, in an article about abducted Ethiopian brides, notes that “In 2003 – the last year for which statistics are available – the National Committee on Traditional Practices of Ethiopia found that 69 per cent of marriages begin like this, with the triple-whammy of abduction, rape, and a forced signature.” Whether the figure has increased or dropped is not what I question right now but the attitudes and beliefs that foster such kinds of brutality to occur upon the female person under the guise of “culture”. This culture of taboos that silences the cries of those whose integrity has been compromised, turning them into vessels of shame for acts committed upon them which they had no control over.

It is the boldness of those like Woinshet and her allies that can transform a culture of complacence and move mountains where such acts were unimaginable before, redefining and deconstructing taboos.

Woinshet is now engaged in educating and fighting for the rights of girls and women in Ethiopia. She was also the inspiration behind the short documentary entitled Woinshet co-directed by academy award-winner Marisa Tomei.

2 thoughts on “The Girl that Moved a Mountain”